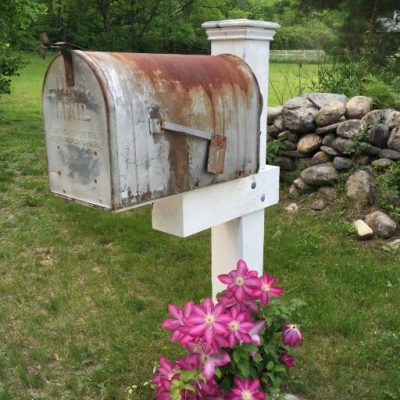 Montessori Alzheimer Solution in LTC: Draw on the Past of the Alzheimer’s Resident

Mr. Gagnon is an elderly gentleman who has Alzheimer’s disease. He has been living in a long-term care residence for 2 years and wanders the corridors several times a day. Every morning, he gets up very early and leaves his room. Sometimes he knocks on the doors of other residents, which often startles them and sometimes even wakes them up.

The nursing staff feel it’s unproductive to walk him back to his room several times every morning. Each time they do he becomes agitated and insists he does not want to return to his room. Once in his room, he is aggressive and refuses care. Staff members at the LTC are exhausted by Mr. Gagnon’s behavior, which interferes with the smooth running of the floor.

Some suggested that medication might be the best solution.  But, as it turned out, the adapted Montessori method provided a much better solution.

During a discussion with his daughter, the team at the Montessori Alzheimer Center learned that Mr. Gagnon had been a mailman for many years. All his life, he had gotten up very early to do his job – deliver the mail in his hometown.

He used to walk miles every day. The Montessori professional deduced that he was simply carrying out the daily routine that he had acquired at a young age.

The nursing staff was irritated at the idea of having to keep telling Mr. Gagnon to return to his room.

Relationships were strained, to say the least. Mr. Gagnon often became aggressive when he was asked to return to his room. Some staff suggested medication as a response to these disruptive behaviors.

They never thought to ask themselves ‘why’. Why was Mr. Gagnon, a resident with Alzheimer’s, so agitated?

And so it continued, with Mr. Gagnon monopolizing quite a bit of their time every day.

THE MONTESSORI ALZHEIMER SOLUTION IN LTC: DRAW ON THE PAST

Mr. Gagnon finds meaning in these repetitive movements from his past. Although he communicates very little and has significant memory loss, he is still physically able to walk without assistance.

After gaining insight from his daughter the staff developed a plan.

Now, every morning around 6:00 am, Mr. Gagnon visits the nurses’ station to pick up a stack of magazines, Sudoku and crossword puzzles that need to be ‘delivered’ to residents. The night staff make sure to organize the items in his stack. This takes them much less time than the repetitive walks home.

Mr. Gagnon takes the magazines and puzzles and places them in the plastic holders that are used for medical files (already on the doors of the LTC rooms). Thus, he does not disturb the residents. Sometimes they smile and welcome him when he arrives with their reading material.

No medication was required…only a pile of magazines collected free of charge by the nursing staff.

Listening to and understanding the senior Alzheimer resident has made a difference to all those active in the LTC. This solution has improved the harmony on the floor. The residents are no longer disturbed, they’re happy to have their mail, and the staff no longer have to walk Mr. Gagnon back to his room several times a day.

At Christmas and Valentine’s Day, residents who like to paint create greeting cards for Mr. Gagnon to “mail” to residents.